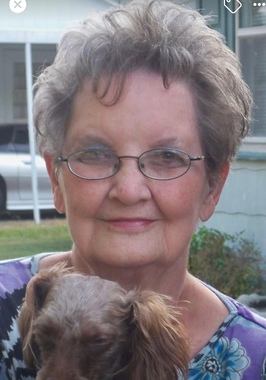 On February 21, 2020, Waunell (Hawkins) Finamore passed away peacefully, surrounded by the love and comfort of her family at the age of 89.
Waunell was born on February 16, 1931, to Drucella Washburn Hawkins and James Tilford Hawkins, of McAlester. A lifelong resident of McAlester who was always involved in the McAlester community, her church and democratic politics. Whether it was volunteering at the hospital, delivering meals to the homebound, planning and working at the Italian Festival, she was always involved and willing to lend a hand. She was so proud of her and Joe being Re and Regina in 1983 for the Italian Festival. She was instrumental in her 1949 yearly high school class reunion and a lifelong member of the Elks Club.
Waunell married Joe Finamore on January 25, 1952, raising three daughters, Marcella, Carmen and Domenica. She worked in retail at Sears, Montgomery Ward, and in banking as a savings counselor. Waunell had many loves. Family always took priority and she made sure she was always there for all special occasions. Her great grandchildren called her Grandma Nell. She was well known for her annual Christmas open house she had for family and friends. Food always included Italian specialties and traditional foods. She was fortunate to have special friends, Lavelle, her friend of 60 years whom she called her adopted sister, along with June, Audrey, Sue and Theda. Waunell loved to travel and, as coordinator of the Good Life Club, she coordinated trips around the world for senior residents of McAlester. It did not matter what state or country she was in, she always saw someone she knew. Even in Rome she recognized someone from McAlester who she greeted with a big smile and hug. She was a mother and hostess to many and a cook who loved to feed anyone who entered her home. She loved the outdoors, gardening and fishing. She was known for her sweet smile, sense of humor, kindness and special hugs.
She is survived by her children, Marcella and Frank Barone, of Oklahoma City, Carmen and Alfred Buller, of McAlester, and Domenica Lovera, of McAlester; her grandchildren, Dominic and Carrie Barone, Rachel and Shawn Duffy, Christopher and Merrilee Barone, Alisha and Jimmy Baker, Anthony Buller, Giovanni and Mollie Lovera, and Oriana Lovera and Benjamin Kaufman; great-grandchildren, Jackson Kidd, Hensley Kidd, Grayson Kidd, Abbey Baker, Matteo Lovera, Atticus Duffy, Liam Duffy, Ayden Barone, Arianna Barone, Mayer Barone, and Madden Barone. Survivors also include her many dear friends, family, cousins, nieces, nephews, and her beloved dog "Baby".
Waunell was preceded in death by her mother and father; her husband, Joe Finamore; sister, Wynema Dawson, and son-in-law, Sam Lovera.
The Rosary will be recited at 7 p.m. on February 27 at Brumley-Mills Funeral Home in McAlester.
A Mass of Christian burial will be celebrated at 10 a.m. on February 28 at St. Joseph's Catholic Church in Krebs. Interment will follow at Memory Gardens Cemetery in McAlester.
In lieu of flowers, donations can be sent to St. Joseph Church Renovation Fund in Krebs.
Active Pallbearers will be Dominic Barone, Chris Barone, Anthony Buller, Giovanni Lovera, Frank Barone and Alfred Buller
Honorary Pallbearers will be Jimmy Baker, Shawn Duffy, Ben Kaufman, Lawrence Scarpitti, Paul Cortassa, Nick Barone and Tom Belusko.
Published on February 25, 2020
To plant a tree in memory of Waunell Finamore, please visit Tribute Store.

Plant a tree in memory
of Waunell

A place to share condolences and memories.
The guestbook expires on May 25, 2020. 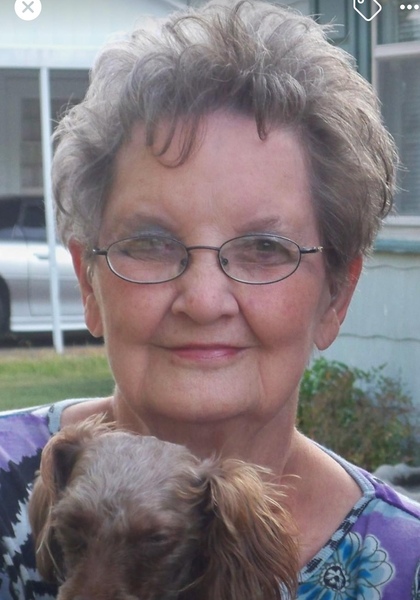