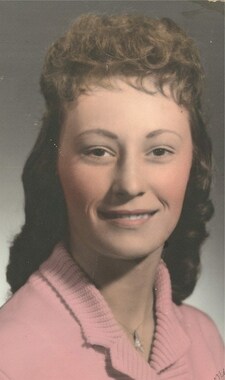 Back to Wanda's story

Wanda L. Pearson, 73, of Shawnee, formerly of Quinton, was born on June 7, 1943 in Quinton, to Roy Lee and Gertrude Virginia (Hughes) Pearson. She passed away on Friday, Dec. 2, 2016, in Shawnee. She is survived by two daughters, Tonya McMillan and husband, John, of Oklahoma City, and Janet Shoemake, and husband, Coy, of Oklahoma City; two sons, Chris Sharp, of Elizabethton, Tennessee, and David Sharp and wife, Stacey, of Shawnee; two sisters, Virginia Huffer, of Shawnee, and Shirley Russell and husband, Fred, of Quinton; one brother, Buddy Pearson and wife, Jean, of Quinton; 11 grandchildren; seven great-grandchildren, and numerous nieces, nephews, and cousins. Wanda was preceded in death by five brothers; one sister, and her parents. Viewing will be at Quinton Chapel from 10 a.m. to 7 p.m. today, Dec. 6. Funeral services will be at 10:30 a.m. Wednesday, Dec. 7, at First Church of God with Pastor Heath Eldridge officiating. Burial will follow at West Liberty Cemetery. Arrangements are under the direction of Mallory-Martin Funeral Home and Crematory of Stigler. Pallbearers will be Jon McMillan, Cody McMillan, Devin Lalli, John McMillan, Coy Shoemake and Fred Russell.
Published on December 6, 2016
To plant a tree in memory of Wanda L. Pearson, please visit Tribute Store.

Plant a tree in memory
of Wanda

A place to share condolences and memories.
The guestbook expires on March 05, 2017.