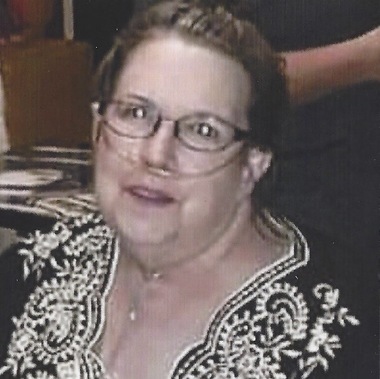 Back to Sherri's story

Sherri Denise Harjo, of Bristow, passed from this life suddenly at her home on November 22, 2019, at the age of 61.
A Celebration of Life memorial service for Sherri Harjo will be held at 10 a.m. on Friday, November 29, at Stuart Church of Christ, 418 Roosevelt Avenue. Floral tributes may be sent directly to the church after 8 a.m. on Friday. Cremation arrangements are entrusted to Michael's Funeral Home of Bristow
Sherri Denise Harjo was born in Hugo on April 8, 1959, to Robert Lee Gottlieb and Betty Edwinna (Dawkins) Gottlieb. Sherri was raised and educated in McAlester and was a 1977 graduate of McAlester High School. While living in McAlester, she attended Southeastern College. She moved to Tulsa in early 2000 where she worked as a social worker for the State of Oklahoma.
On September 12, 2008, she married Michael Anthony Harjo in Tulsa and they have remained together until her death. Since 2012 they made their home in Bristow.
Sherri enjoyed bowling, going on camping trips and playing dominoes. She was very competitive and loved playing guitar hero with her husband and daughter, Jennifer. Sherri had a big personality and was known for being loud and blunt. However, she could always make people laugh and smile. Her greatest joy was spending time with family and friends. She will be missed by all who knew her.
She was preceded in death by her father, Robert Lee Gottlieb.
She leaves behind her best friend and loving husband, Michael Harjo, of the home; two daughters, Jennifer Womack and husband, Blaine, and Kelli Garcia and husband, John; five grandchildren, Bailey, Harley and Connor Coop, and Taylor and Morgan Garcia; her mother, Edwinna Gottlieb; a sister, Donna Stewart, all of McAlester; nephew, Cameron and Kyliegh Stewart and their two children, Hadleigh and Tatum; her father-in-law and mother-in-law, Woodrow and Thomasine Harjo, of Sand Springs, plus numerous other relatives and friends.
Online condolences may be expressed at www.MichaelsFuneralServices.com.
Published on November 25, 2019
To plant a tree in memory of Sherri Denise Harjo, please visit Tribute Store.

Plant a tree in memory
of Sherri

A place to share condolences and memories.
The guestbook expires on February 23, 2020.

Brittany B.
Sorry for your loss and our deepest condolences. She was a sweet lady. She will be missed.
Patti Jabara Reeves
God be with the family...
Prayers for all...
I am sure going to miss my dear friend....
Hailey Peacock
I had met Denise while I was her PCA, Personal Care Aide, and from the moment I met her it was like I had known her a lifetime. We talked an awful lot about so many different things. She could honestly change your mood when she would crack jokes or laugh at something you said. She became like family to me and I have missed being her PCA. She was such a wonderful woman and will definitely be missed by me. Rest In Peace Denise (Sherri)! ❤️