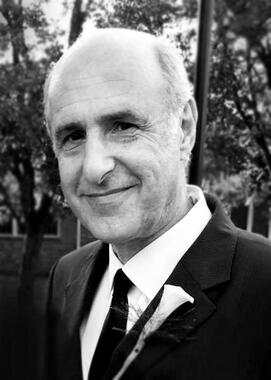 Back to Sam's story

On Thursday, January 30, 2020, Samuel John Lovera, a loving husband, father and grandfather, unexpectedly passed away at the age of 63.
Sam (Sammy) was born on August 6, 1956, to Mike and Madeline Lovera, of Krebs. He studied economics at Loyola University New Orleans and transferred to UC Irvine, where he received his bachelor's degree in 1984. After earning his degree, he spent a year living in Europe, mostly in Northern Italy, before moving back to his hometown to help with the family business.
Soon after, he met Domenica Jo Finamore, and the two were married on October 22, 1988. Together they raised three children, Rachel, Giovanni and Oriana.
Sammy was a family man known for his quick wit, infectious smile and compassionate spirit.
He was a man of impeccable integrity who practiced unconditional kindness.
He had a strong work ethic, but always made it a point to take time to enjoy life.
He considered moderation to be the key to life.
He believed that to get the most out of life, you have to do things in the right order.
He had no doubt that the St. Louis Cardinals were the best team in baseball.
He believed no meal was complete without bread and salad and that nothing was worse than a weak cup of coffee.
He was a sensible and humble man always willing to lend a hand.
He had a love for animals and a love for his community.
His priority was his family and he was passionate about honoring his roots.
We can only hope to carry on his amazing spirit and legacy with the same love that he exhibited everyday.
He is survived by his wife, Domenica (Finamore) Lovera, of McAlester; his daughter, Rachel, and son-in-law, Shawn Duffy, of Hartshorne; son, Giovanni, and daughter-in-law, Mollie Lovera, of Oklahoma City; daughter, Oriana Lovera, and son-in-law, Benjamin Kaufman, of Santa Monica, California; brother, Michael, and sister-in-law, Mary Lovera; sister, Mary Christina Lovera; mother-in-law, Waunell Finamore; grandsons, Matteo Lovera, and Atticus and Liam Duffy; cousins, Mary Cogan, Mary Lucille Pliska, and Orly Cogan; nephews and nieces, Dominic and Carrie Barone, Chris and Merrilee Barone, Anthony Buller, Jan Buschman, Thomas Buschman, Michael and Malarie Lovera, Alisha (Kidd) and Jimmy Baker, Maria and Tony Liu, and Catherine and Christina Lovera, and many more cousins, friends, employees and family here and abroad in Italy.
Sam was preceded in death by his father, Mike Lovera; his mother, Madeline Lovera, and his aunt, Mary Pliska, of Krebs.
The Rosary will be held on Tuesday, February 4, at 7 p.m. at Brumley-Mills Funeral Home in McAlester.
The funeral service will be the following day, Wednesday, February 5, at 10 at a.m. at St. Joseph's Church in Krebs, with Father Kingsley George-Obilonu and Father Leo Ahanotu officiating.
Active pallbearers will be Dominic Barone, Chris Barone, Anthony Buller, Jan Buschman, Tommy Buschman and Michael Lovera.
Honorary pallbearers will be Mauricio Astudillo, Frank Barone, Shawn Duffy, Eddie Harper, Benjamin Kaufman, Billy Layden, Giovanni Lovera, Matteo Lovera, Mike Lovera and Vince Di Piazza.
In lieu of flowers, the family has set up a memorial fund at First National Bank of McAlester in Sam Lovera's name to be distributed among local non-profits and for education. For those who want to donate please contact the bank with your contributions.
Published on February 3, 2020
To send flowers to the family of Sam John Lovera, please visit Tribute Store.

Send flowers
in memory of Sam

A place to share condolences and memories.
The guestbook expires on May 03, 2020.

Kevin Fowler
I became friends with Sam when we both attended Loyola. Sam was a wonderful person, and just a good soul. I spoke with about five years ago and he sounded great. I truly feel sadness for his family who lost a good man. I feel very fortunate to have become friends with Sam.
BTP
What a loss. How he parlayed a small Italian grocery into a national business is awe inspiring. May he rest in peace.
Joe Nesbitt
It's so hard to accept that Sam - a happy, healthy, active and successful guy with no bad habits and a very positive, pretty much stress free attitude about life - could just cease to exist out of the blue like that. Sam didn't sweat the small stuff, just let it roll off his back while he minded his own business and took care of it beautifully. Such a shock and so very sad to lose him. At least he didn't suffer, right? Not much else one can say except offer loving condolences to his family and friends R.I.P., Sammy. You were a good man. I was lucky to know you. 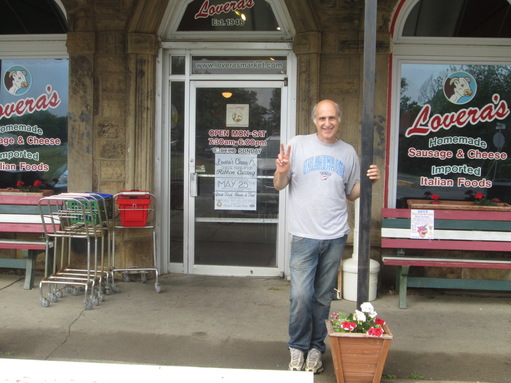 Robin London Traighber
My deepest condolences. Love and prayers to you all. Some of my best childhood memories growing up is all or families and Italian heratige♥️
Janet McDonald & Cindy Utecht
Our sympathy to the entire Lovera family. We appreciated our business relationship & consider the whole family friends.
Janet, Cindy & Gourmet Gallery
Donna Swank

Cindy Gillispie
Dominica, my heart is broken. Sammy was the best boss I've ever had. My prayers and love are with you and your family.
Marilyn Manos Carrion ( QUEEN)
My condolences for the family of Sam Lovera. He was a great person to have worked for when I worked at Loveras. Much love for the family.
Dinky

There was never a time that Sammy, wasn't a true golden person; Junior High, High School, his whole life. Domenica, my heart, thoughts, and prayers are with your family. This is a true loss for the community, town, and anyone that knew your beloved Sammy.

Peggy
Sammy, you will be missed! R.I.P. my friend.
Fred and Debbie Berckefeldt

Heartwarming Thoughts Boston Fern was purchased for the family of Sam John Lovera by Fred and Debbie Berckefeldt.  Send flowers