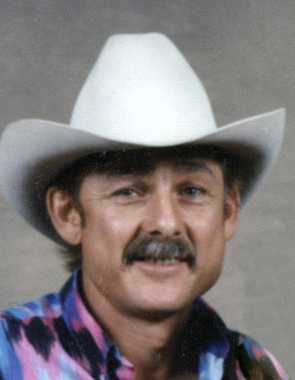 Back to Roy's story

Roy Charles Heskett, 67 of Stuart, passed away on Friday, January 03, 2020 at Cornerstone Hospital in Muskogee, Oklahoma.
Funeral Services will be held at 2:00 p.m., Thursday, January 9, 2020 at Pryor Cemetery Chapel near Stuart with Mr. Terry Trivitt officiating.
Roy was born January 30, 1952 in Scipio, Oklahoma to Herbert Franklin, Sr. and Ina (Crandell) Heskett. He attended school and entered the U.S. Army September 25, 1972 in Oklahoma City. He earned his honorable discharge on September 24, 1975, earning the rank of Sergeant.
He then began attending college at Eastern Oklahoma State College. He worked for several years as a truck driver and a mechanic, then later retired as a production worker from the McAlester Army Ammunitions Plant.
Roy married Lynda Burns on July 14, 1989 in McAlester and they renewed their vows on May 13, 2005 in Ada.
He enjoyed traveling, hunting elk in Colorado, and deer hunting. He also was a wonderful horseman and enjoyed team roping, but his greatest joy was spending time with his grandchildren and family.
Roy was a member of the Konawa VFW, Post #11194.
Roy is survived by his wife, Lynda Kay (Burns) Heskett of the home, daughter, Kristal Schoggins and husband, Howard of McAlester, son, Cody West and wife, Stephanie of McAlester, Grandchildren, Chanlor West, Camden Schoggins, Bailey West and Riley West all of McAlester, step grandchildren, Kallie Schoggins of Denver, Colorado and Quincy Schoggins of McAlester.
He is also survived by sisters, Mary Jane Luman of Pittsburg, Ok, Mavis Shandy and husband, Glenn of Arpelar, Ok, and Wanda Workman of Canada, mother-in-law, Marie Burns of Stuart, brothers-in-law, Lee Reed of Amarillo, TX and Gary Burns, sister-in-law, Donna Burns both of Stuart and numerous nephews, nieces, great nieces and great nephews.
He was preceded in death by his parents, Herbert Heskett, Sr and Ina Heskett, brothers, Herbert Heskett, Jr. Henry Heskett, and David Heskett, sisters, Bobbie Ann Davis, Okla Hutchison, Mildred Reed and Margie Arroy.
Serving as pallbearers will be Stan Butler, Shawn Luman, Daniel Hance, Russell Halford,
Cody Mauldin and Blake Heskett.
Honorary pallbearers will be his nephews, nieces and their spouses and friend, Mike Edwards.
Published on January 7, 2020
To send flowers to the family of Roy Charles Heskett, please visit Tribute Store.

Send flowers
in memory of Roy

A place to share condolences and memories.
The guestbook expires on April 06, 2020.