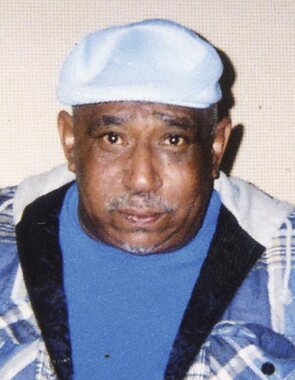 Back to Roscoe's story

Roscoe Lewis Johnson Sr., who gave his life to Jesus, went to rest in the arms of his Savior on January 2, 2020, in Oklahoma City.
A memorial celebration of his life will take place at 11 a.m. on Saturday, January 11, at Chaney's Memorial Chapel officiated by Dr. Barbara Smitherman, of Tabernacle of Praise Worship Center in McAlester. Cremation arrangements are entrusted to Chaney-Harkins Funeral Home
Roscoe was born on April 17, 1945, in Hope, Arkansas, to Harrison Kelly and Dorothy Laudermilk (Jones). He was raised in Texarkana, Texas.
He attended Dunbar School and, after high school, he worked numerous jobs before he began his career with the Red River Army Depot in Texarkana. He transferred to McAlester Army Ammunition Plant in Oklahoma, where he retired after 27 years of dedicated government service.
He began dating Barbara Lewis in 1968 and they were married on January 15, 1974. Their union lasted 52 years.
He is survived by his wife, Barbara Faye Lewis Johnson; daughter, Tiffany L. Williams and partner, Anthony Phillips, of Arlington, Texas; son, Demetrice L. Johnson; daughter, Muriel L. Swift and husband, Gamel; daughter, Ashley T. Johnson, of McAlester; daughter, Charity L. Mays and husband, Steven Mays, of South Korea; son, Roscoe L. Johnson Jr. and partner, Yondel Hughes, of Tulsa; daughter, Michelle Whitfield, of Beaverdam, Kentucky; stepson, Jonathan Rice, of Wichita Falls, Texas; 15 grandchildren; three great-grandchildren; his siblings of Toledo, Ohio, and numerous nieces, nephews, cousins and friends.
He was preceded in death by his mother; father, and brother, Kiason Kelly.
Published on January 10, 2020
To plant a tree in memory of Roscoe Lewis Johnson Sr., please visit Tribute Store.

Plant a tree in memory
of Roscoe

A place to share condolences and memories.
The guestbook expires on April 09, 2020.