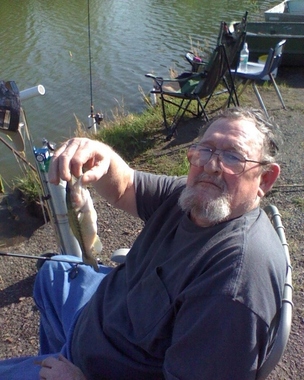 Back to Ronald's story

Ronald Wayne Shaffer, 66, of Kinta, passed away on Saturday, Jan. 28, 2017, in Muskogee.
Funeral services will be at 11 a.m. today, Jan. 31, at Faith Community Church in Whitefield with the Rev. Bill and Mary Fitzer officiating. Burial will follow in Sans Bois Cemetery under the direction of Mallory-Martin Funeral Home & Crematory of Stigler.
He was born on May 14, 1950, in Casa Grande, Arizona, to Carl and Mary Jo (Hamilton) Shaffer.
Ronald's career was in the oil fields. He also served in the United States Air Force and was a Vietnam veteran.
He is survived by his wife, Linda, of the home; one daughter, Heather Bonham and husband, Jason, of Stigler; one son, Jeremy Shaffer and wife, Angie, of Stigler; two sisters, Carla Bridges and husband, Bob, of Modesto, California, and Vickie Carroll, of Lequire; sister-in-law, Frances Dunlap, of Wilburton; brothers-in-law, Jack Dunlap and wife, Carol, of Stigler, Kenneth Dunlap and wife, Donna, of Quinton, and Donald Dunlap and friend, Shiela, of Russellville, Arkansas; grandchildren, Whitney Shaffer, of Broken Arrow, Hayden Shaffer, Nathaniel Shaffer and Keaton Shaffer, all of Stigler, and Hannah and Emmah Bonham, of Stigler, and special friend, Tony Carano, of Krebs.
Ronald was preceded in death by his parents, Carl and Mary Jo Shaffer; brother-in-law, Bob Dunlap; brother and sister-in-law, Jerry and Debbie Dunlap, and father-in-law and mother-in-law, Leo and Jewel Dunlap.
Pallbearers will be Jeremy Shaffer, Jason Bonham, Hayden Shaffer, Nathaniel Shaffer and Keaton Shaffer.
Honorary pallbearers will be Whitney Shaffer, Hannah Bonham, Emmah Bonham.
Published on January 31, 2017
To plant a tree in memory of Ronald Wayne Shaffer, please visit Tribute Store.

Plant a tree in memory
of Ronald

A place to share condolences and memories.
The guestbook expires on April 30, 2017.