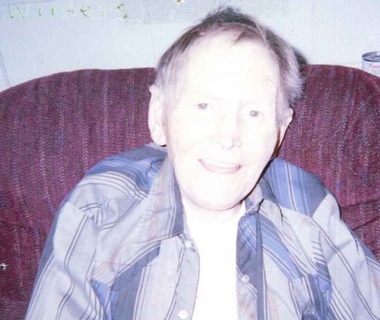 Back to Raymond's story

Raymond Joe Winters, 78, of Quinton, Oklahoma, was born November 10, 1938, to Earl Lee and Frankie (Ott) Winters and he passed away Monday, September 18, 2017, in Tulsa, Oklahoma. Raymond is survived by three sisters, Nona Bryant and husband, A.J., Gloria Adcock and Ellen Laveta Delana, all of Quinton; numerous nieces and nephews. Raymond worked as a barber in McAlester, Oklahoma and the surrounding areas most of his life. He was an Evangelist and an Ordained Minister. He loved to write and sing his Christian music. He loved sharing the gospel. Graveside Funeral Services were held 2 p.m. Friday, September 22, 2017, at Chambers Cemetery in McAlester, with Mr. Bill Winters officiating. Burial followed. Pallbearers were Bill Winters, Josh Winters, Bruce Bryant, Ira Jay Adcock, John Adcock and Doug Roberts. Services were under the direction of Mallory-Martin Funeral Home of Stigler, Oklahoma.
Published on September 26, 2017
To plant a tree in memory of Raymond Joe Winters, please visit Tribute Store.

Plant a tree in memory
of Raymond

A place to share condolences and memories.
The guestbook expires on December 25, 2017.