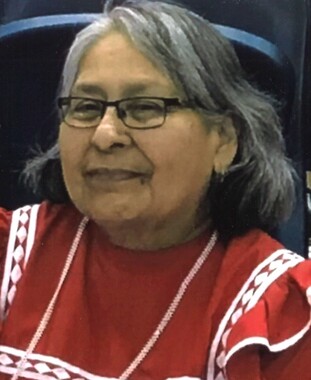 Back to Patricia's story

Patricia Ann "Pat" James, 70, of Krebs, died on Friday, March 20, 2020, at McAlester Regional Health Center.
Funeral services will be on Tuesday, March 24, at 2 p.m. at Brumley-Mills Chapel officiated by Pastor Melvin Palmer. Burial will be at Mount Zion Cemetery.
Pat James was born on December 13, 1949, in Talihina, to Israel and Bernice (Jefferson) Fisher. She had lived all her life in Tannehill and McAlester except for the past four years in Krebs.
She earned her bachelor's degree from Southeastern State College in Durant, then received her master's degree from Oklahoma State University. She worked for the Department of Human Services as a day care examiner for over 40 years until her retirement.
She was married to Larry James, who preceded her in death.
Pat was an active figure at the Choctaw Senior Citizens for many years.
She was a member of First Indian Baptist Church, where she was trustee and treasurer, and taught a pre-school class. She also sang in the Native Praise Choir from 1999 to present. She was also the clerk for the Choctaw and Chickasaw Association and handled camp maintenance for the Kiamichi Baptist Association and the C&C Association.
Pat is survived by her daughter, Amanda Ward; her son, Matthew James; a grandchild, Madison Ward; a brother and sister-in-law, Bruce and Anna Fisher, and a nephew, Kyle Buffman.
She was preceded in death by her parents; her husband; a brother, Arthur Fisher, and a sister, Judy Buffman.
Published on March 23, 2020
To plant a tree in memory of Patricia James, please visit Tribute Store.

Plant a tree in memory
of Patricia

A place to share condolences and memories.
The guestbook expires on June 21, 2020.

Sandra Teague
Pat was a very special lady, I knew her through her work in child care visits, she always had lots of information and ideals to pass on to us, thank you for sharing your precious Mother with us.
Nancy (Kos) Scott
Pat was the sweetest! My prayers to the family. I drove Matt on my school bus when he was going to Tannehill.
View all 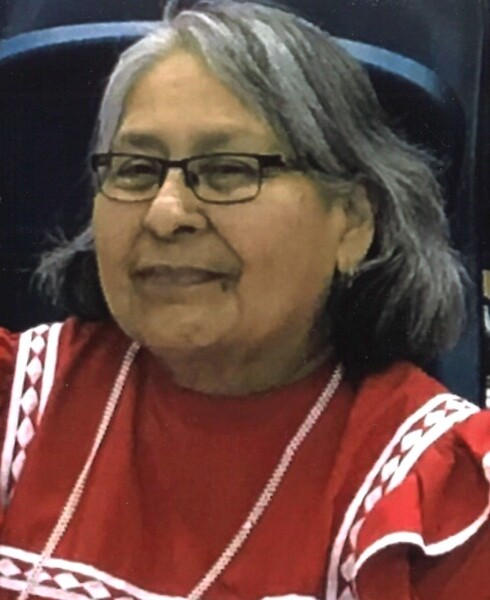