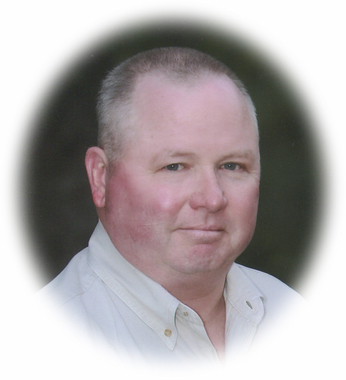 Back to Monte's story

Dr. Monte Ray McAlester, 61, of Wilburton, died Tuesday, Jan. 3, 2017, at McAlester Regional Health Center.
Monte was born to R.F. and Vivian (Williams) McAlester on Jan. 25, 1955, in McAlester. Monte graduated from Wilburton High School in 1973. He graduated from Eastern Oklahoma State College.
Monte married Sandra Gale Wingo on May 17, 1975, in Panola. He then attended, and graduated from, the University of Oklahoma Health Sciences Center Pharmacy School and earned a doctorate from Oklahoma State University Medical School.
Dr. McAlester worked as an emergency room and urgent care physician and was currently working as a traveling physician for Med Express.
Monte was a member of the Oklahoma Osteopathic Association since 1981, a lifetime member of the Oklahoma Cattlemen's Association and a member of the Oklahoma Farm Bureau.
Dr. McAlester previously served on the Wilburton Public School Board of Education and was appointed to the Eastern Oklahoma State College Board of Regents in 2013.
Dr. McAlester was a member of the Wilburton Church of Christ.
He was a cattle rancher and enjoyed spending time with his grandchildren.
Monte is survived by his wife, Sandy, of the home; son, Joe Mack McAlester and wife, Heidi, of Wilburton; daughter, Carmen Harkins and husband, Jason, of Wilburton; grandchildren, Laney Jo McAlester, Nate Harkins, Macs Harkins, and Cash McAlester, all of Wilburton; sister, Patricia Witt, of Panola; nephew, Jason Witt and wife, Marnie, of Panola; sister-in-law, Virginia Wingo, of Wilburton; brother-in-law, James Wingo III, of Wilburton; aunt, Evelyn Williams, of Wilburton; cousins, Karen Long and Linda Enis, of Wilburton, and other family members and friends.
He was preceded in death by his parents, R.F. and Vivian McAlester; father-in-law and mother-in-law, James and Pauline Wingo, and a brother-in-law, Barnes Witt.
The family will greet friends from 6 to 8 p.m. today at Jones-Harkins Funeral Home.
The funeral service will be at 2 p.m. Friday at Wilburton Church of Christ officiated by Mr. James Bailey. Burial will follow at Damon Valley Cemetery.
Pallbearers will be John McAlester, Tony Little, D.O., Bill Smith, John Cook, Dennis Staggs, D.O., Leland Walker, Mike Williams and Mike Guazdausky.
Honorary pallbearers will be Frank Wilson, Junior Moye, Darrell Dill, Larry Boggs, Carl Dean Wooldridge, Robert Yother, Sharon Little, D.O. Matt Davis, the Shero Ranch, and members of the Wilburton Church of Christ.
Memorial contributions may be made to St. Jude's Children's Research Hospital, 262 Danny Thomas Place, Memphis, TN, 38105.
Arrangements are entrusted to Jones-Harkins Funeral Home of Wilburton.
Published on January 5, 2017
To plant a tree in memory of Monte Ray McAlester, please visit Tribute Store.

Plant a tree in memory
of Monte

A place to share condolences and memories.
The guestbook expires on April 04, 2017.

Restore the guestbook to view the 6 more posts by family and friends, and share a memory or message of condolence of your own.