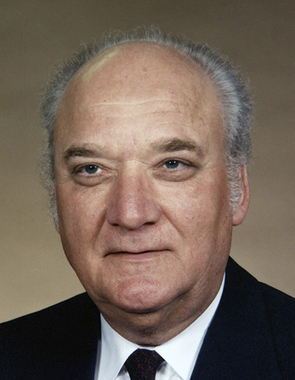 Back to Melton's story

Melton Eudell Ealey, of McAlester, was born in Katy, on November 8, 1928, and passed away on February 4, 2020, in McAlester.
He was preceded in death by his father, Lawrence Melton Easley; his mother, Thelma Oleta Grimes; his wife, Waudeen Kathleen Ealey; his daughter, Pamela Sue Ealey, and his brother, Ben Arthur Ealey.
He is survived by his son, Rickie D. Ealey, of McAlester; his daughter, Kathryn Kay Spell and her husband, Gene Spell, of Sand Springs, and his grandchildren, Rachelle Swanson Myers, Cash Eric Ealey, Cari Ealey Wolczynski, Angela Kay Jensen, Wendy Fidler and Jessie Spell. Twelve great-grandchildren; one great-great-grandchild; one nephew, and one niece.
A memorial service of celebration will be held on Monday, February 10, at 2 p.m. at Bishop Chapel of Memories. A family committal service will be held at Memory Gardens Memorial Park Cemetery following the service.
Serving as pallbearers will be Cash Ealey, Bruce Hall, Ben Ealey Jr., Josh Fidler, Gene Spell and Dustin Jensen.
Published on February 7, 2020
To send flowers to the family of Melton Eudell Ealey, please visit Tribute Store.

Send flowers
in memory of Melton

A place to share condolences and memories.
The guestbook expires on May 07, 2020.