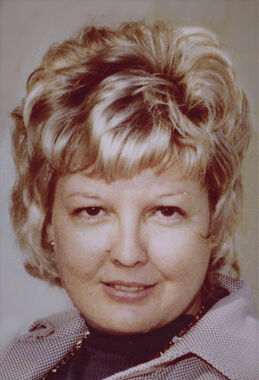 Back to Mary's story

A Celebration of Life Service was held earlier this year for Mary Butler O'Connor. Born on January 3, 1941, in Indianola, to Erdie and Myrtis (Harper) Butler. She attended school at Indianola until, being the last of nine children to reside at home, the family moved to McAlester.
Mary was the MHS Class of 1959 Salutatorian. She was a voracious reader and would gather her nieces and nephews for group readings of American literature classics. She was happiest being surrounded by books.
She attended Southeastern Oklahoma State University in Durant, earning a bachelor's degree in education/literature. She taught English in Cushing, before moving to Oklahoma City to teach and attend the University of Oklahoma, graduating with a master's degree in French education.
She married James O'Connor at Tinker Air Force Base in Midwest City. They lived in New Jersey and Ohio before making their home in Garland, Texas. She then attended Texas Women's University earning a masters of library science degree. She worked for the Garland School District as a librarian until accepting the position of librarian at DeGolyer Library Southern Methodist University. Prior to retirement she became cataloger at Nicholson Public Library in Garland.
She is survived by her husband of 48 years, Jim; son, Christopher; brother, Clyde Butler and Joan, of Ada; sister, Lucille Bird, of Georgetown, Texas; sister-in-law, Joan Butler, of Hartshorne, and numerous nieces, nephews, cousins and close friends.
Preceding her in death were her parents, and siblings, Vern, Carl and Wayne Butler, and sisters, Pauline Tannehill, Lorene Cathey and Irene Heath.
Published on December 30, 2019
To plant a tree in memory of Mary Butler O'Connor, please visit Tribute Store.

Plant a tree in memory
of Mary

A place to share condolences and memories.
The guestbook expires on March 29, 2020.