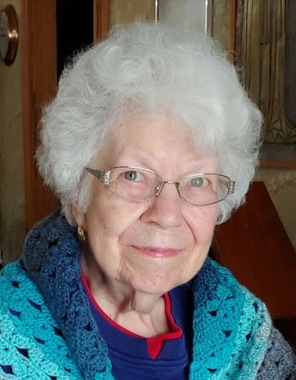 Back to Martha's story

Martha "Pat" Linell Burger, 86, of Wilburton, died on Wednesday, January 15, 2020, at her home.
The funeral service will be held at 10 a.m. on Saturday, January 18, at First Baptist Church of Wilburton with Dr. Paul Brady officiating. The burial will follow at Memorial Gardens Cemetery in Wilburton.
Pallbearers will be Robert Morrison, Lynn Burger, Randy Thompson, Donald Brandenburg and Mike Brandenburg.
Honorary pallbearers will be Bob Garner, George Royce and Doyle Rowland.
Pat was born on December 11, 1933, in Henderson, Texas, to James B. Blalack and Eva Cora (Mitchell) Blalack. She married Leycel Burger on May 23, 1954, in Wilburton.
She graduated from Tulsa University with a bachelor degree in teaching. Pat and Leycel traveled the world together as Leycel worked in the oil and gas industry.
Pat was a member of First Baptist Church of Wilburton.
She is survived by her children, Lynn Burger and Diane Burger, both of Wilburton; one granddaughter, Tiara Thompson and husband, Randy, of McAlester, and two great-grandchildren, Scarlet Thompson and Azrael Thompson.
Pat was preceded in death by her husband, Leycel Burger, in 2016; her parents, James and Eva Blalack, and two siblings, Sonny Blalack and Wilma Isom.
Published on January 16, 2020
To plant a tree in memory of Martha Linell Burger, please visit Tribute Store.

Plant a tree in memory
of Martha

A place to share condolences and memories.
The guestbook expires on April 15, 2020.