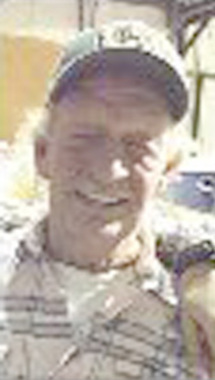 Back to Johnnie's story

Johnnie Milo Cagle, of Quinton, was born in Wasco, California, on September 20, 1945, to John Milo and Ethel Agnes (Work) Cagle. He passed away in Quinton on February 4, 2019, at the age of 73.
He is survived by his wife, Connie (Randall) Cagle (they were married on February 23, 1967), of the home. Two daughters, Carrie Cagle Williams, and husband, Bryan, of Quinton, and Denice Cagle Daniels, and husband, Joe, of Quinton. Seven grandchildren, John Daniels, and wife, Ashley, of Huntington, West Virginia, Jared Clayton Daniels and wife, Kara, of Perry, Dewey Hulsey, and wife, Arianne, of Yakima, Washington, Jacob Lovell, of Quinton, Jillian Daniels, of Quinton, Erin Bruner, of Tahlequah, and Lucas Bruner, of McCurtain. Five great-grandchildren, Olive Daniels, Joseph Lovell, Rylie Lovell, Felix Daniels and Slayter Boswell. One sister, Lora Jo Monks, and husband, Leo, of Quinton. Three sisters-in-law, Wanda Bray, and husband, David, of Quinton, Betty Randall, of McAlester, and Brenda Myers, and husband, Howard, of McAlester. Two nieces and three nephews.
He was preceded in death by his parents, John and Ethel Cagle; a sister, Lena Stanfield; a brother-in-law, Paul Stanfield, and a niece, Kelly Bray.
Viewing will be at Mallory-Martin in Quinton, from 3 p.m. to 8 p.m. today, February 5, with family visitation from 5 p.m. to 7 p.m.
Memorial services will be held at 10 a.m. on Wednesday, February 6, at Palestine Community Church in Quinton, with the Rev. Clay Daniels officiating. Arrangements are under the direction of Mallory-Martin Funeral Home and Crematory of Stigler.
Pallbearers will be Brent Burke, Jim Coxsey, Josh Shaffer, Howard Myers, Bob Rhodes and Joe McKee.
Honorary Pallbearers will be Keith Pryor, David Bray and Leo Monks.
Published on February 5, 2019
To plant a tree in memory of Johnnie Milo Cagle, please visit Tribute Store.

Plant a tree in memory
of Johnnie

A place to share condolences and memories.
The guestbook expires on May 06, 2019.