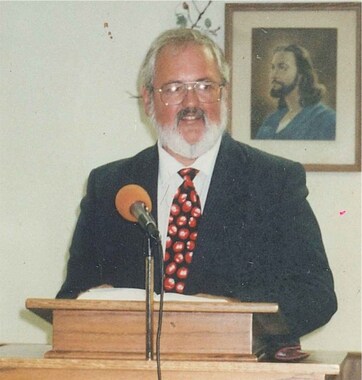 Back to John's story

John W. Clawser, of Kinta, was born on June 26, 1946, in Harrisburg, Pennsylvania, to Robert Elias and Hilda Mae (Barto) Clawser and passed away Monday, March 27, 2017, in Stigler, at the age of 70. He is survived by his wife, Rose Clawser, of the home; two daughters, Katie Davison and husband, Jerry, of Porum, and Karen Blankenship and husband, Brad, of Kinta; one sister, Patricia Hanshaw and husband, Richard, of Mechanicsburg, Pennsylvania; one brother, Robert Elias Clawser Jr., of Mechanicsburg; nine grandchildren, Victoria, Tayler and Tannah Davison, and Jordan, Bryce, Noah, Kenslee, Elias and Dylan Blankenship, and numerous nieces, nephews, and brothers-in-law and sisters-in-law. He was preceded in death by his parents, and one brother, Jim Clawser. Viewing will be at Quinton Chapel today from 4 to 7pm. Graveside services will be at 10:30 a.m. Friday, March 31, at Palestine Cemetery with Randy Callaway, Susan Callaway, John Callaway and David Wilson officiating. Memorial services will follow at Palestine Community Church. Arrangements are under the direction of the Mallory-Martin Funeral Home and Crematory of Stigler. Pallbearers will be Brad Blankenship, Jerry Davison, Sean Callaway, Brian Callaway, Scott Callaway, Sam Callaway and Nathan Dennison. Honorary pallbearers will be Jordan, Bryce, Noah, Eli and Dylan Blankenship.
Published on March 30, 2017
To plant a tree in memory of John W. Clawser, please visit Tribute Store.

Plant a tree in memory
of John

A place to share condolences and memories.
The guestbook expires on June 27, 2017.