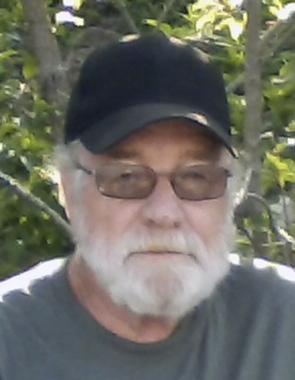 Back to Jimmy's story

Jimmy D. Prater, 74 of Bucks of Gaines Creek died Monday January 6, 2020 at his residence.
The family will greet friends and relatives 6:00 p.m. to 8:00 p.m. Thursday at Bishop Funeral Service.
A graveside funeral service will be 2:00 p.m. Friday January 10, 2020 at Oak Hill Cemetery Pavilion officiated by Rev. Jamie Kirkpatrick. Burial will follow.
Jimmy was born to Jessie D. and Margarette G. (Cooley) Prater September 2, 1945 in McAlester.
He graduated from McAlester High School in 1964. Jimmy served in the U.S. Air Force during the Viet Nam Era obtaining the rank of Airman First Class. He graduated from Eastern Oklahoma State College in Wilburton.
He married Patricia May (Hurt) South July 2, 2001 in Heber Springs, Arkansas.
Jimmy worked as a correctional officer for 20 years retiring in 2004.
He enjoyed hunting, fishing and riding Harley-Davidson motorcycles. Jimmy was a member of the Southern Cruisers Riding Club.
He was preceded in death by his parents: Jessie and Margarette Prater and a sister, Shirley Thompson.
Survived by, wife, Patricia of the home; son, John David Roberts of Texas; daughters; Angela Prater, Stacie Prater; grandchildren; Megan Norton, Allison Norton and Tyler Norton all of Krebs; step-son, Brian South of McAlester; sister, Carolyn Sue Debrosky and husband, Ed of Arpelar; nephews; Jeff Thompson and wife, Lawanna of McAlester, Chris Herron and wife, Angie of Krebs; and other family members and friends.
Published on January 7, 2020
To plant a tree in memory of Jimmy D. Prater, please visit Tribute Store.

Plant a tree in memory
of Jimmy

A place to share condolences and memories.
The guestbook expires on April 06, 2020.