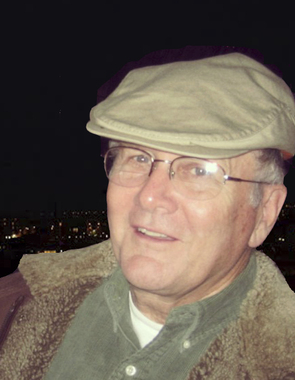 Back to Jimmie's story

If one was to look up "nice guy" in the dictionary, you would see a picture of Jim E. Beard looking back at you.
Born on May 22, 1939, in Henderson, Texas, to Otha Beard and Louise (Moyers) Beard, Jim moved with his family first to Hooker, and ultimately settled in Wilburton, where he graduated from Wilburton High School with the Class of 1957.
In 1959, Jim graduated from Eastern Oklahoma State College and from there Northeastern Oklahoma State College in Tahlequah, where he earned a business in education degree in 1961.
During summers off from his first teaching job, Jim commenced post graduate studies at the University of Oklahoma in Norman, where he received his master's degree, alongside his lifelong friend, Danny Bynum. He later returned to OU to complete an administrative degree in education.
After completing his education, Jim was invited to help set up Kiamichi Vo-Tech administrative office in his home town of Wilburton. Jim served the Vo-Tech system the rest of his working career and ultimately served as its superintendent while working passionately to help shape the careers and lives of countless young people.
Jim's gifts as an educator were not limited to the classroom. An avid golfer and tennis player, Jim taught tennis while studying for his masters at OU. But his most prized students on the court and in life were his daughters, Cara and Kelly, who carry his compassionate and competitive spirit with them to this day.
Jim was a dedicated democrat and served as chairman of the Latimer County Democrats for many years. If asked, he would tell you he was a "yellow-dog" democrat. Also, to "stamp that rooster".
Jim passed away on Thursday, Aug. 3, 2017, at Presbyterian Hospital in Plano, Texas.
He is survived by his daughters, Cara Bierig, of Plano, Texas, and Kelly Dorsey and husband, John, of Los Angeles, California; grandchildren, MacKenzie Reneé Bierig, Aiden Paul Bierig, Ava Jean Dorsey and Vivian Grace Dorsey; nephew, Greg Cox, of Fredericksburg, Virginia; an aunt, Mary Nell Tennison, and family, of Henderson, Texas, and other family and friends.
Jim was preceded in death by his parents, Otha Beard and Louise (Moyers) Beard; sister, Linda Beard-Swan, and nephews, Jeff Cox and Brick Smith.
A graveside funeral service was held at 10 a.m. Monday, Aug. 7, at Memorial Gardens Cemetery in Wilburton with the Rev. Jeff Hinton officiating. Interment followed. Arrangements were entrusted to Jones-Harkins Funeral Home of Wilburton.
Published on August 10, 2017
To plant a tree in memory of Jimmie Earl Beard, please visit Tribute Store.

Plant a tree in memory
of Jimmie

A place to share condolences and memories.
The guestbook expires on November 07, 2017.