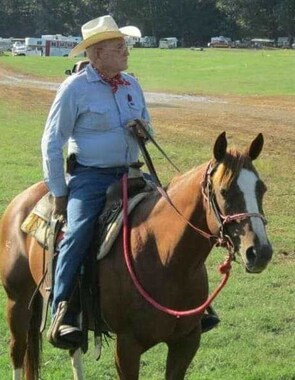 Back to Jerry's story

Jerry Fowler was born in Stigler, on April 27, 1938, and passed away in Quinton, on August 1, 2019, at the age of 81.
If there was a story to tell, Jerry Fowler could tell it, and if you're lucky, you have your very own story to tell.
His life can only be described as "truly amazing". A family man, Christian and cowboy until his passing.
For 81 years Jerry celebrated life with laughter, out of tune singing, and a cowboy work ethic (hard work mixed with plenty of naps). He was the son of George and Bessie (Reavis) Fowler and brother of June Erwin and the late Fern Bailes, Pete Fowler and Joyce Robertson.
Through thick and thin, layers of mud and ticks, he was a loving and devoted husband to Carolyn (Coblentz) Fowler for 60 years. They were married on March 22, 1959.
The father of Janai Miller and Teresa Burdick and husband, Brian, and Pawpaw of Rex Miller, Lindsi Glass, Heath Miller Kolby Etchison, Jake Burdick and Kayla Ohls; great-Pawpaw to 10 ornery great-grand kiddos, and numerous nieces and nephews.
His legacy will live on every time a crow caws, a dog barks from the back of a truck, a bag of candy is passed around, or a stick figure farm animal is drawn.
Jerry was a member of Quinton Lions Club, 32nd degree Master Mason, NRA Member, Quinton United Methodist Church and taught Youth Sunday school for 25 years. He also was a member of the Quinton Grade School Reading Program, Shared Blessings Nutrition Sacks Program, served on Quinton School Board, and was president of Choctaw Gas Company.
Special thanks to his caregivers, Lori Davis, Kathy McKee, Lacie Wilson and Leslie McKee.
Viewing will be today August 3, from 1 p.m. to 7 p.m. and Sunday, August 4, from 1 p.m. to 7 p.m. Family will visit with friends from 2 p.m. to 5 p.m. at Mallory Chapel in Quinton.
Jerry Fowler was loved and respected by so many, and all family and friends are welcome to celebrate his life on Monday, August 5, at 2 p.m. at Quinton United Methodist Church.
In lieu of flowers, the family requests donations to Quinton United Methodist Church, P.O. Box 545 Quinton, OK, 74561, or Therapeutic Equestrian Association of McAlester, P.O. Box 3056, McAlester, OK, 74502.
Pallbearers will be Brian Burdick, Rex Miller, Heath Miller, Chris Ohls, Kevin Etchison and Kyle Glass.
Honorary pallbearers will be Bill McKee, Bill Jordan, Mike Eakle, Jim Wimberly, Mike Frame, Fred Russell, Carnel Duval, Jamie Wagnon, James Frank Sloan, Keith Pryor, Johnnie Medders, Clark Powell, Brian Henderson, Hawk Peters and Herman Sanchez.
Published on August 2, 2019
To plant a tree in memory of Jerry Dan Fowler, please visit Tribute Store.

Plant a tree in memory
of Jerry

A place to share condolences and memories.
The guestbook expires on October 31, 2019. 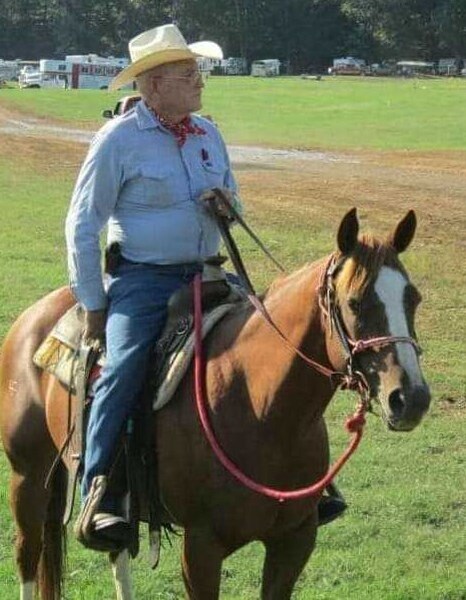