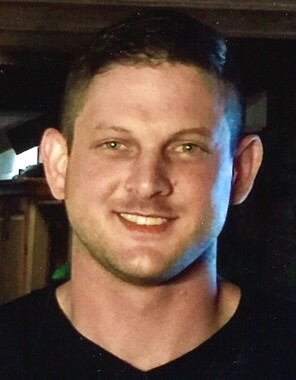 Back to Garrett's story

Garrett Lee Williams, 35, of Tulsa, formerly of McAlester, passed away on Thursday, February 6, 2020, at his home in Tulsa.
The family will host a Celebration of Life reception for Garrett on Tuesday, February 11, at Lakewood Christian Church from 5 p.m. to 8 p.m.
The family requests, in lieu of flowers, memorial donations be made to Green Country Adult and Teen Challenge, 1701 South Main Street, Sapulpa, OK, 74066.
Garrett Lee Williams was born on August 13, 1984, in McAlester, to Mike and Michelle (Wallace) Williams. He grew up here and graduated from McAlester High School in 2003. He then attended Seminole Junior College and became an apprentice electrician. He was currently working as a journeyman electrician in Tulsa for the Bennett Electric Company. He had also worked for Floyd and Cecil Cable and Brent Stone, all of whom were meaningful and influential in his life.
During Garrett's life, his main passion was his family. He loved going to deer camp with his dad and brothers, going fishing and 4-wheeling, and spending time at the lake cabin and just hanging out with his family.
He also had a passion for trucks and, at an early age, showed a great interest and fascination with electricity. Many of his "toys" were cords or related items.
Garrett is survived by his parents, Mike and Michelle Williams; two brothers, Collin Michael Williams and his son, Creed Michael Wallace Williams, and Skeet Michael Williams and Sarah White; maternal grandparents, Bob and Grace Wallace; aunts and uncles, Todd and Jennifer Wallace and family, Johnny and Donna Davis and family, Cheryl and Russell Garrett and family, Jerry and Kathy Webb and family, and cousins, Kaci Terry and Keli Willig, and many, many friends.
He was preceded in death by his paternal grandmother, Edna Aubidene Webb, and maternal grandparents, Robert and Annoleta Webb.
Published on February 10, 2020
To send flowers to the family of Garrett Lee Williams, please visit Tribute Store.

Send flowers
in memory of Garrett

A place to share condolences and memories.
The guestbook expires on May 10, 2020.

Marilyn Manos Carrion
You are in my prayers , my deepest sympathy ❤️
Sherri Davis
Im so thankful for the special memories we shared together...
View all