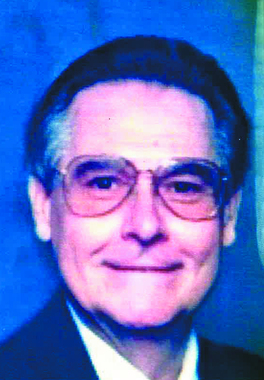 Back to Clifford's story

Clifford Eugene Jones, of Sherman, Texas, died on Saturday, November 16, 2019, in Sherman, Texas.
He was born on May 9, 1942, in Scipio, in Pittsburg County. He attended school at Lone Grove, Stuart and Savanna.
Cliff's father was James E. Jones, born on June 23, 1892, in Indianola in Indian Territory and died in 1969. Cliff's mother was Alta Mae Jones, born on February 9, 1894, in Checotah in Indian Territory, she also preceded him in death. James E. Jones and Alta Mae were married in 1918, and they had 10 children. Their children include Martha Jones (died at birth), Everett Jones, died of Polio in his teens, Lula Logan, James C. Jones, Helen Scott, Annalene Stacy, Orville Jones, Louise Whatley, Herbert Jones, and Clifford E. Jones.
The family lived on a farm where they raised peanuts, cotton and cucumbers.
Also from Savanna are Alta's brother, Noah Jay, and sister, Pearl Hobbs.
Living relatives are Lois Mills Strickland, of Savanna, and Linda Sue and husband, Charlie Munholland, of McAlester; sister-in-law, Aline Jones, of Wylie, Texas, and numerous nieces and nephews.
He is survived by his wife, of 46 years, Joy Smith Jones, who was the Extension Home Economist for Bryan County for 25 years. They lived in Marietta, Durant and Sherman, Texas. He worked for Green Spray Grocery, and at First United Bank in Durant as a courier. He retired from Northwest Heights School working in the maintenance department for 10 years. Cliff also worked for Sam's Club and received the High Five Award, voted on by the customers for his outstanding service.
Music was an important part of his life. He took lessons from Sylvia Burgin, Larry Welborn, a guitarist who played for Buddy Holly and David Welborn and wife, Debbie. He was a leader of Victory Singers, a gospel group who played for nursing homes in Bryan County and Denison, Texas.
He loved people and had a great sense of humor, even when he was sick with a fever, his sense of humor never waivered. He was a sweet and kind listening friend who loved people.
A memorial visitation will be at Brumley-Mills Funeral Home in McAlester on Saturday, December 14, from 2 p.m. to 4 p.m.
Final resting place will be at Savanna Cemetery.
Published on December 6, 2019
To plant a tree in memory of Clifford Eugene Jones, please visit Tribute Store.

Plant a tree in memory
of Clifford

A place to share condolences and memories.
The guestbook expires on March 05, 2020.