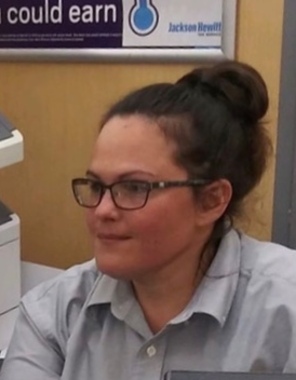 Send flowers
in memory of Catrina

A place to share condolences and memories.
The guestbook expires on May 07, 2020.

Christal Slone
Oh Trina.. I'm going to miss that laugh ❤️
I remember our late night talks and how the boys adored you.
I'm going to miss you girlie... you're such amazing person and friend.
We will miss you
lisa redway
God has received another special angel. May God bless the family and give them the strength they seek for and to heal their broken hearts. Bless her beautiful children as they prepare for their mothers Home Going Celebration. Condolences to you all.
Love Kathy, Maria, Betty, Hailey, Mason, and Madison

Donna Skinner
Our hearts are broken.... please know that our thoughts and prayers are with you all.....
Konnie Taylor
My heart goes out to all of Catrina’s family. She was special to me for her loyalty to me when she worked under my supervision. Also we shared the same birthday and celebrated together many times.
Virginia Fitzgerald (Gray)
Catrina was should a sweet and caring person. I enjoyed working with her at the answering service. For the time that I got to be around her, she had to be one great mother.
My deepest sympathy Mark, Mary Jo, and family. Your all in my prayers.
Mary Barlow
Our hearts and prayers for the families and friends. Such a wonderful young lady. Fly with your wings.
Janice Divittorio
I wish I could be there. Fly high sweetheart,
Kristi Kitchell and Kids

Finest Farewell Spray was purchased for the family of Catrina Jo Pope by Kristi Kitchell and Kids.  Send flowers

Kristi Kitchell
I have no words! My thoughts prayers and hugs are with the family of Catrina(Frina) I'm going to miss her too! I feel so blessed to of shared such a huge part of life with her and the way she loved my kids is priceless just as they did her..we all did! She made us all a family❤ I love you all!

Fly high Angel! You'll never be forgotten and you will forever be loved and missed💖
View all