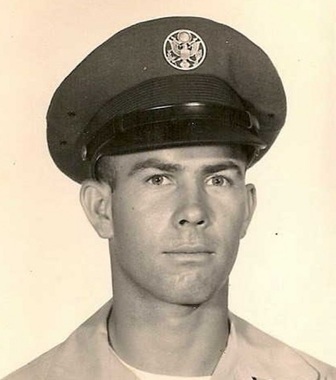 Back to Carroll's story

Carroll McKay, 74, of Stigler, passed away on Thursday, July 20, 2017, in Muskogee. He was born on Feb, 6, 1943, in Hartshorne to Clarence Murphy and Theda Laverne (Clunn) McKay. He is survived by the mother of his children, Lillie McKay, of Brooken; two daughters, Lesia Littlepage and husband, Jay, of Crowder, and Cynthia McKay Jones, of Checotah; grandchildren, Michael Rousey and wife, Sadie, of Coweta, and Lilly Rivera, of Tulsa. Carroll was preceded in death by his parents, Clarence and Theda McKay; grandmother, Emma McKay, and one aunt, Wanda Klein. He served in the United States Air Force during the Vietnam War. He was a member of Stigler Veterans of Foreign Wars Post No. 4446, and he was a welder. Viewing will be today from 1 p.m. to 5 p.m., and Monday 9 a.m. to 7 p.m., with visitation from 4 p.m. to 7 p.m. Funeral services will be at 2 p.m. Tuesday, July 25, at Mallory Chapel in Stigler. Burial will follow at Brooken Cemetery. Arrangements are under the direction of Mallory-Martin Funeral Home & Crematory.
Published on July 23, 2017
To plant a tree in memory of Carroll McKay, please visit Tribute Store.

Plant a tree in memory
of Carroll

A place to share condolences and memories.
The guestbook expires on October 19, 2017.