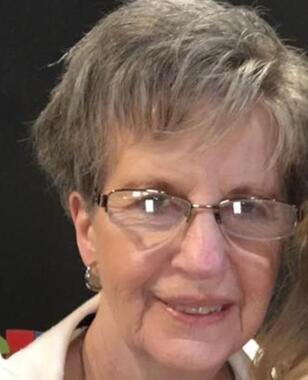 Back to Barbara's story

Barbara Jean Hayes, 79, of McAlester, passed away on Friday, December 27, 2019, in Tulsa.
The family will welcome friends at Brumley-Mills Funeral Home on Wednesday, January 1, 2020, from 5 p.m. to 7 p.m.
Funeral services will be on Thursday, January 2, at 10 a.m. at First Church of the Nazarene in McAlester with the Rev. J.T. Carnell officiating, together with the Rev. Clifford Joines. Burial will follow at Oak Hill Cemetery.
Pallbearers will be Barbara's grandchildren, Colby Barnett, Chad Barnett, Clint Barnett, Jordon Barnett, Austin Barnett, Kaylye Ranallo and Emily Harvey.
Barbara Jean Hayes was born on November 26, 1940, in McAlester, to Jesse Leonard and Lena Mae (Derryberry) Peppers. She grew up here and had lived here all her life. She was a graduate of McAlester High School.
She was a devoted housewife for many years, raising her children, then went to work at Margaret's Hallmark Greeting Cards, where she soon became manager until her retirement.
She was married to Preston Hayes on December 27, 1985, and he has preceded her in death.
Barbara was not only devoted to her family, she was also devoted to her church, the First Church of The Nazarene of McAlester. She was always involved in church committees and was active in preparing meals for church families in need. She will be greatly missed by both her family and her church family.
Barbara is survived by two sons and daughters-in-law, Larry and Pam Barnett, and Mike and Cherie Barnett; one daughter and son-in-law, Sherry and Jeffrey Paul Ranallo; grandchildren, Colby Barnett and Courtney, Chad Barnett, Clint Barnett, Jordon Barnett, Austin Barnett and Cassie, Kaylye Ranallo, Emily Harvey, Kelsey Bowman, Keith Bowman and Katie, and Kylie Bowman; great-grandchildren, Ellie Kate Harvey and Kyler Bowman; step-children, Pam Tapscott and family, Debbie Richards and family, and Linda Lay and family; a brother and sister-in-law, Morris and Ann Wade; a sister, Delores Loving, and the father of her children, Murl Barnett.
She was preceded in death by her parents; her husband, Preston Hayes, and two granddaughters, Sarah and Melinda Ranallo.
Published on December 30, 2019
To plant a tree in memory of Barbara Jean Hayes, please visit Tribute Store.

Plant a tree in memory
of Barbara

A place to share condolences and memories.
The guestbook expires on March 29, 2020.

Wanda Sherrill Fairless
I just learned today that Barbara had passed away. Barbara was a dear friend of my mother, LaFerne Sherrill. Mother was able to maintain connections to precious people at the McAlester church after moving to Edmond, and now Bethany, through calls and letters received from Barbara. Condolences to her family.
View all