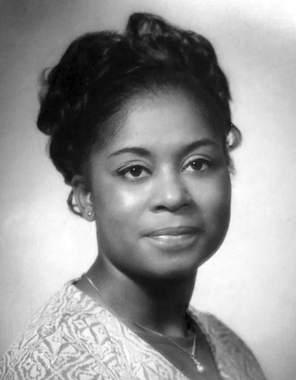 Back to Barbara's story

Barbara Jean Brown Harrison, of Watauga, Texas, a longtime resident of McAlester, died on Sunday, December 29, 2019, after a courageous battle with cancer.
Viewing will be on Saturday from 8 a.m. until 5 p.m. and on Sunday from noon until 6 p.m.
A funeral service will be held at 11 a.m. on Monday January 6, at Bishop Chapel of Memories officiated by Ralph Fleming. Burial will follow at Oak Hill Cemetery in McAlester.
Pallbearers will be Chris Harrison, Lenny Austin, Jordan Austin, Michael Thompson, Marchand Fleming and Charles Washington Jr.
Honorary pallbearers will be Jason Williams, David Charles, Marcus Austin, Kevin Austin and Tony Austin.
Barbara was the daughter of Nathan and Ethel Brown, born on January 11, 1949, in McAlester. Barbara was a graduate of L'Overture High School in McAlester. Afterwards, she attended Eastern Oklahoma A&M College in Wilburton.
Barbara spent her childhood years as a member of East Star Baptist Church. After moving to Texas, she joined The Potter's House and faithfully attended until she became ill.
She married Harold James Harrison Jr., on June 23, 1973, in Tulsa. To this union two sons were born, Harold James Harrison III and Christopher Edward Harrison. After many years of service, she retired from GTE as rates and tariff administrator.
She was preceded in death by her parents; her twin sister, Marvel Brown; brother, Alonso Mosley Junior, and her older sister, Dorothy Fleming.
Barbara is survived by her husband; two sons; seven sisters, Pat Giles, and Mable Austin, both of McAlester, Shirley Pardue, of Nashville, Tennessee, Irene Johnson, of Arlington, Texas, Denoah Davis, of Arlington, Texas, Juanita Charles, and Linda Murrell, both of Florissant, Missouri; five grandchildren, Jason Roberson, Christopher Harrison, Bryant Harrison, Alexis Harrison and Ashlyn Harrison, all of Dallas, Texas.
Also, sisters-in-law, Evan Washington, of Houston, Texas, Sharon Barrens, of Albuquerque, New Mexico, and Ardena McCormick, of Oklahoma City; brother-in-law, Eric Harrison, of Tulsa; devoted friend, Lucretia Jackson, of Carrollton, Texas, and a host of brothers-in-law, sisters-in-laws, nieces, nephews and cousins.
Published on January 3, 2020
To plant a tree in memory of Barbara Jean Brown-Harrison, please visit Tribute Store.

Plant a tree in memory
of Barbara

A place to share condolences and memories.
The guestbook expires on April 02, 2020.

Goldie Moore
Barbara and sister Marvel beautiful people. Irene I am sorry for your loss. I am here for you class mate . You know you are Beautiful too. Love ya . Hope to see you soon. Later.
Pearline Rider
Prayers and Blessings to your Family.
Love
Pearline ❤️
Lisa Redway-Payne
Condolences to the family. May God give and bless you each with the strength you need to get through the loss of such a beautiful loved one and many prayers to the family.
View all